Effect of Reminders/ Letters for the Appointment of Arbitrator On The Period Of Limitation: Through the Lens of Secunderabad Cantonment Board v. B. Ramachandraiah & Sons

On 15-3-2021, the Supreme Court of India, in Secunderabad Cantonment Board v. B. Ramachandraiah & Sons made a prominent judgment and cleared the air on the fundamental issue of whether reminders and letters by the aggrieved party to the other will have any effect on the period of limitation, that is, if the correspondence between parties will extend the period of limitation and to what extent. The Supreme Court—very eloquently— elaborated on the matter and took each instance at hand, resulting in the following judgment.

Factual background
On 2-9-2000, Secunderabad Cantonment Board (appellant) issued a notice inviting tender (NIT) for carrying out certain repair work to the roads, and in this regard, thereafter, 3 agreements were entered into with M/s Ramachandraiah & Sons (respondent), with the first agreement dated 23-9-2000 and the remaining two dated 17-9-2001.

The cause of action
After a wide gap of over six months (of receiving the certificates and payment for the work completed), the respondent began to demand reimbursement — quoting the variation in prices of labor, material and fuel.
Then, after a long silence for about two years, the respondent issued a letter dated 7-11-2006, requesting the appellant to appoint the arbitrator according to Clause 17 of each of the agreements (which provided that in case any dispute arose between the parties then — pursuant to written notice by either party — the matter shall be referred to a sole arbitrator appointed by the appellant). On receiving no reply from the other side, yet another letter was issued on 13-1-2007 alleging that a “fundamental breach of contractual obligation” has been found on part of the appellant which calls for a rescission of the contract and that an arbitrator shall be appointed within 30 days. Thereafter, the appellant sent a laconic reply after 10 days, stating that the matter was under consideration.
Subsequently, the respondent kept on issuing letters at long intervals, repeatedly reminding the other party of their duty to appoint the arbitrator, and this continued to be the position for another two years.
Finally, on 30-10-2010, the respondent sent out a legal notice stating that despite repeated reminders, the appointing authority has failed to act, and the only remedy available with the respondent now is to approach the Chief Justice of the High Court of Andhra Pradesh in order to seek the appointment of the sole arbitrator, while also pointing out that the arbitration proceedings have commenced on 7-11-2006, that is, when the first letter concerning the appointment was issued to the appellant.
To this, the counsel for appellant sent a reply after two weeks with the following representations:

This was followed by a three-year-long futile act of sending letters back and forth, of reiteration and rejection of the same.

Procedural history
On 6-11-2013, the respondent lodged an application in the High Court of State of Telangana (High Court), under Section 11 of the Arbitration and Conciliation Act, 1996 on 20-82019 the Single Judge passed an (impugned) judgment stating that the applications were within the time-limit, and appointed Shri Y.V. Ramakrishna as the sole arbitrator. Therefore, a special leave petition, by way of civil appeal, was filed by the appellant before the Supreme Court (Court).

The appellant’s contentions
The appellant’s counsel argued that by virtue of Article 137 of the Limitation Act, 1963 (Limitation Act), so far as the application filed under Section 11 of the Arbitration Act is concerned, the period of limitation should start running from the date the receipt of the request was first received by the President of the Secunderabad Cantonment Board (i.e. 23-1-2007).
Additionally, the cause of action originated way back in 2003, that is, when the claim was demanded for the very first time. Further, an extension of limitation cannot be granted only by considering the fact that letters were issued time and time again. To bolster the argument, reliance was placed on Vidya Drolia v. Durga Trading Corpn., wherein the claim was held ex facie time-barred.

The respondent’s contention
The counsel for the respondent contended that the cause of action first arose when the appellant had outright rejected the written request of the respondent for appointment of an arbitrator vide letter dated 10-11-2010, and for this reason, the claim is not barred by limitation.
Furthermore, he stated that the price variation bill was handed over along with the final bill, however, it did not clear through (although, despite the said contention, the respondent had no iota of evidence to prove it).

Effect of correspondence in the period of limitation
The Court, while relying upon its own judgment in Geo Miller & Co. (P) Ltd. v. Rajasthan Vidyut Utpadan Nigam Ltd. wherein it observed that a mere correspondence between the parties by way of writing letters/reminders would not cause extension in the period of limitation, authoritatively held that failure of any response by the party should be treated as a denial of the claim, hence, it is baseless to plead that the applicant waited for an inordinately long period while constantly sending reminders in the meantime.

To this, the Court opined that “19. … once time has started running, any final rejection by the appellant by its letter dated 10-112010 would not give any fresh start to a limitation period which has already begun running, following the mandate of Section 9 of the Limitation Act. This being the case, the High Court was clearly in error in stating that since the applications under Section 11 of the Arbitration Act were filed on 6-11-2013, they were within the limitation period of three years starting from 10-11-2020. On this count, the applications under Section 11 of the Arbitration Act, themselves being hopelessly time-barred, no arbitrator could have been appointed by the High Court.”

Accrual of the cause of action
The Court referred to the judgment in BSNL v. Nortel Networks (India) (P) Ltd. where it made a clear distinction between limitation for seeking appointment of the arbitrator(s) and limitation for making substantive claims as per the underlying contract and regarded it as a well-settled principle that, according to Section 11(6), limitation of filing application would begin on the expiry of thirty days from the date of issuance of notice for appointment (of the arbitrator).
Following this, the Court, in this case, observed that the laconic reply by the appellant claiming the matter to be under consideration, was within thirty days from the date of reiteration of demand vide letter dated 13-1-2007, so factually the cause of action for appointment accrued on completion of thirty days from the date of the abovementioned letter.

Ergo, it held the following: “19. … so far as the applicability of Article 137 of the Limitation Act to the applications under Section 11 of the Arbitration Act is concerned, it is clear that the demand for arbitration in the present case was made by the letter dated 7-11-2006. This demand was reiterated by a letter dated 13-1-2007, which letter itself informed the appellant that appointment of an arbitrator would have to be made within 30 days. At the very latest, therefore, on the facts of this case, time began to run on and from 12-2-2007. The appellant’s laconic letter dated 23-1-2007, which stated that the matter was under consideration, was within the 30 days period. On and from 12-2-2007, when no arbitrator was appointed, the cause of action for appointment of an arbitrator accrued to the respondent and time began running from that day.”

Time-barred claim
Again, reference was made to the case of BSNL v. Nortel Networks (India) (P) Ltd., wherein the Court went on to state that now with the amendment of Section 11(6-A), all that the Court requires is to examine the existence of an arbitration agreement, other thresholds and preliminary issues are to be decided by the Tribunal — as enshrined in the kompetenz-kompetenz principle. Further holding that interference can only be made at the initial (referral) stage where it is apparent that there is no subsisting dispute, or that the claim is ex facie time-barred and dead.
The Court while standing by the view that cause of action first accrued in the year 2007, did not shy away from pointing out that even if 16-2-2010 were assumed to be the date when the period of limitation on merits starts running — considering that formal rejection from the appellant’s side was received on that date — three years have elapsed since then as well, making the claim time-barred according to the rules of limitation.

For this reason, the Court held as follows: “20. Even otherwise, the claim made by the respondent was also ex facie time-barred. It is undisputed that final payments were received latest by the end of March 2003 by the respondent. That apart, even assuming that demand could have been made on account of price variation, such demand was made on 8-92003. Repeated letters were written thereafter by the respondent, culminating in a legal notice dated 30-1-2010. Vide the reply notice dated 16-2-2010, it was made clear that such demands had been rejected. Even taking 16-2-2010 as the starting point for limitation on merits, a period of three years having elapsed by February 2013, the claim made on merits is also hopelessly time-barred.”
The judgment of the High Court was accordingly set aside.

Conclusion and analysis
The statute of limitation exists for a credible cause, that being, to give a quietus to the disputable matters. It further prevents uncalled-for disturbance in situations where someone’s acquired right has been threatened due to another party’s inaction.
The Court has abundantly made it clear that sending forth requests through letters and reiterating/ reminding time and again will not have so much of an impact to extend the period of limitation, hence waiting for an unusually long period in hopes of a reply is not a reasonable step. In addition to that, it has been declared that cause of action arises on expiry of 30 days from the date of issuance of final notice for the appointment of an arbitrator, reference shall be made to Section 11 of the Arbitration Act.
Lastly, while making an assumption that the claim of price variation is valid, the limitation on merit for that starts running when the claim is formally rejected by the other party, and since 3 years elapsed before any application was made to the Court in that regard, the claim in itself was exceedingly time-barred.
It is to be duly noted that the case does not deal with condonation of delay, for that was never pleaded by the applicant, but only whether the delay has been caused or not in the first place. Concerning that, the judgment is thorough and beyond all praise, and sets a strong precedent hereinafter. 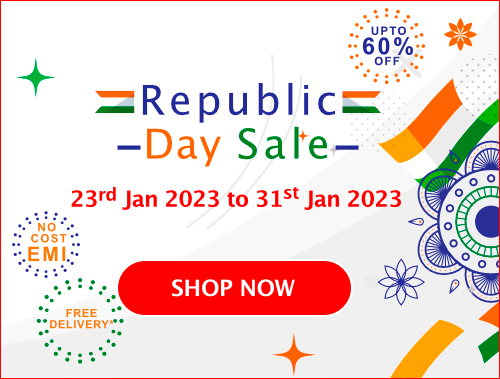 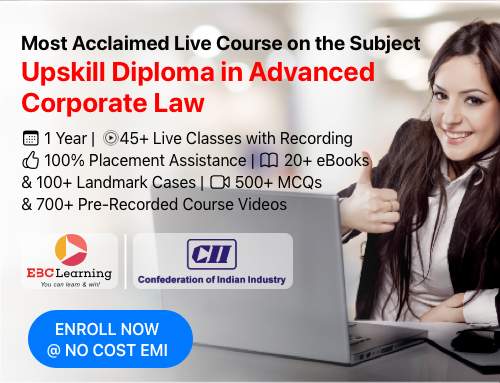 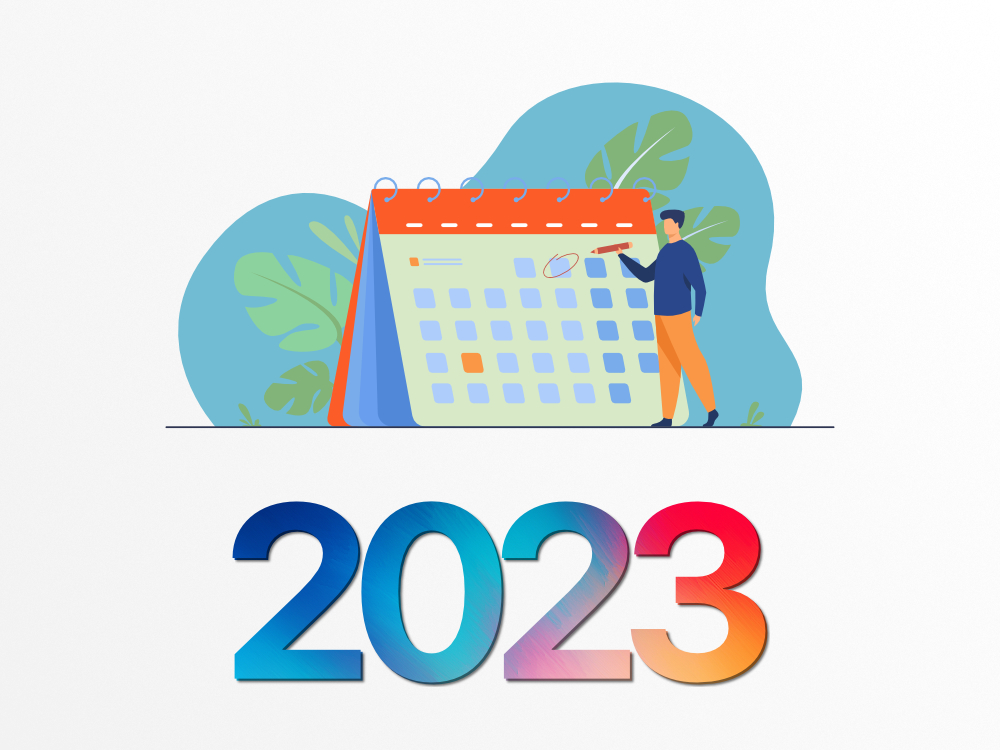